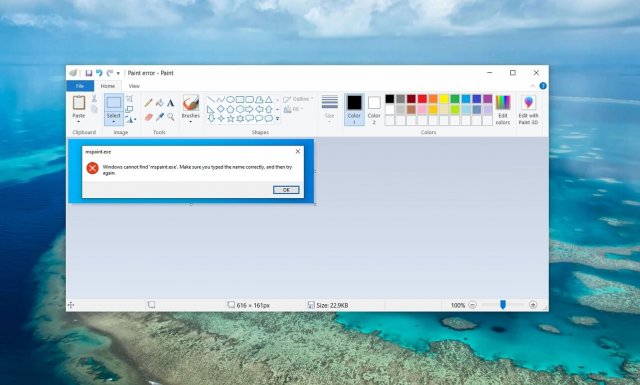 We saw this in Build 19041, which is rumored to be a candidate for RTM.

When Windows 10 saw the world, Microsoft began to turn some core Windows applications into additional options. First, it was done to Windows Media Player. Later, Paint and WordPad were also added to the list of advanced features. However, unlike Media Player, both tools are enabled by default. 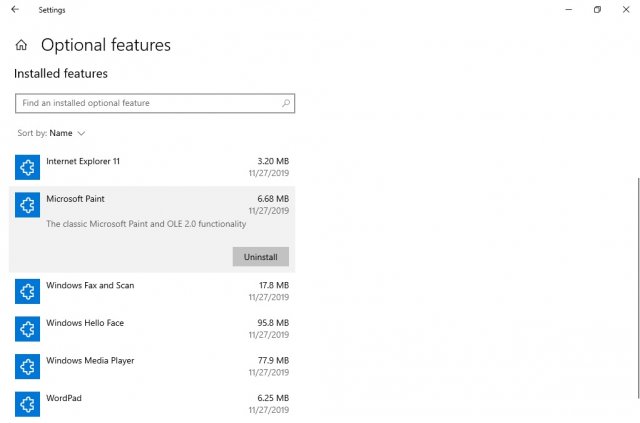 The above adjustment of the settings won’t entirely remove Paint and WordPad from your Windows 10. Now you can simply disable both applications, as well as remove their traces from the Start menu and other places.

As demonstrated by the above screenshot, disabling Paint and WordPad requires a system reboot. After the reboot, both applications disappear from the Start and Windows startup menus. In previous versions of Windows, the user could not disable or remove Paint and WordPad.

Worth noting, Microsoft has only decided to make these applications optional. This does not imply in any way these tools can be completely removed in an upcoming Windows update.

Previously, the software giant considered moving Paint to Microsoft Store; however, the company eventually decided against eradicating it from the operating system. As far as WordPad is concerned, there has been no announcement on Microsoft’s part regarding its plans to create a word processor application.

In the recently presented Windows 10 upgrade named Threshold 2, Microsoft renamed the data collection service that had fueled concerns of many users. However, no…read more →