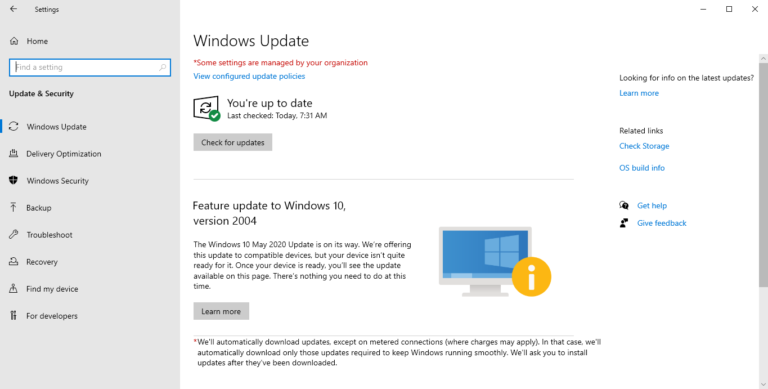 On May 27, Microsoft released the large-scale Windows 10 May 2020 Update (2004). Now users can update their system to version 2004, although it isn’t available for everyone. The problem may be caused by the incompatibility of new hardware or an inadequate amount of free disk space, so you need to be on the lookout. Since this is the first wave of the update, the OS will not be updated automatically – users have to install the update manually. Let’s find out how you can update your system to the new version.

The first option is to use Windows Update. To find it, proceed to Settings –> Update and Security –> Windows Update. Then click on the “Check for updates” button. After checking for updates, at the bottom of the page you will see the option for installing version 2004. Previously, if it couldn’t find the update, you had the alternative of using Windows Assessment, but nowadays it’s unavailable for ordinary users. Apparently, Microsoft has so far closed access to potentially new insiders. 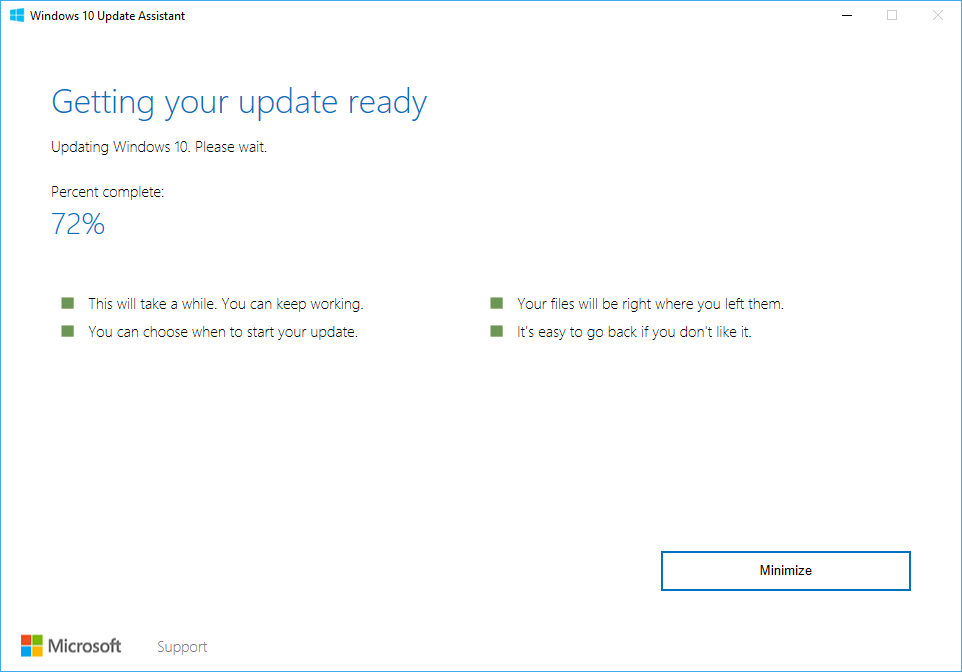 The second method is to use Update Assistant, also known specifically as Windows 10 Update Assistant. Go to the new update’s section on Microsoft’s official website, then click on the “Update now” button. This will launch the download of Windows 10 Update Assistant – which the Edge browser may consider a harmful program… All in all, give it access if there are any issues, and run it. In the next window, click on the “Update now” button. Then the program will perform a compatibility check and start the system update. 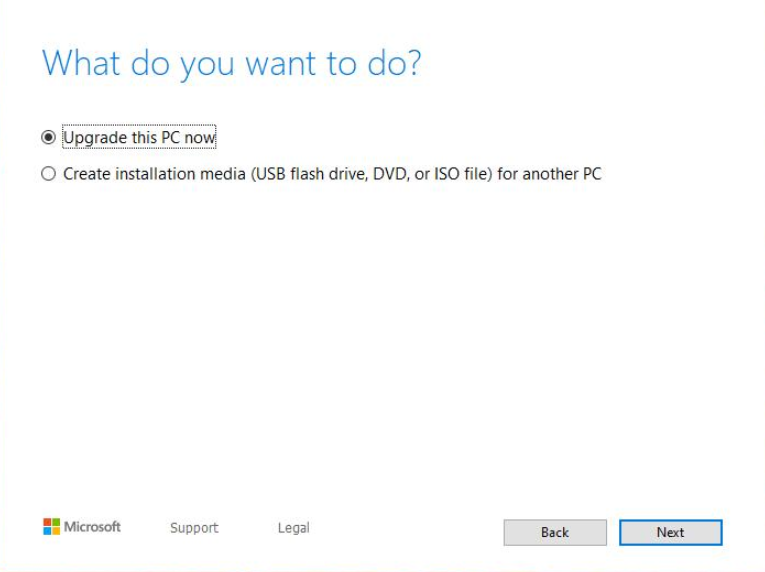 The third option to update your system involves resorting to Media Creation Tool. This tool is also to be downloaded from Microsoft’s official website by pressing the button that says “Download tool now”. This time there will be no false warnings, and you can simply launch it. After accepting the license agreement, which you should read carefully, you will have the choice to update this computer immediately or create installation media. In the first case, the update package is downloaded and your system is updated in the standard way. In the second case, you have to choose the language, release, and bitness of the system, after which the tool will suggest writing the system to a flash drive, or saving the ISO file so that you can later use Rufus to write it to a flash drive, or to a regular DVD. Download and install the update. And that’s it. That’s how you update your Windows 10 system to version 2004 smoothly and without a hitch.

On the same page of the official Microsoft website, you can also download the original ISO images if you go to the web page edit mode and switch to mobile display. 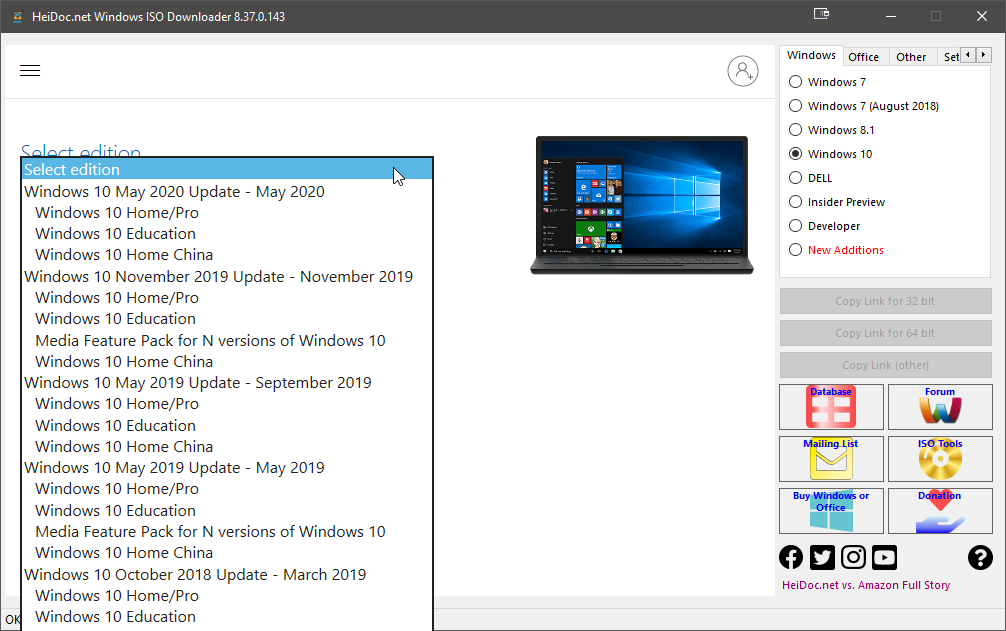 You can also download the original image using Windows ISO Downloader, where you can also find original distributions of Windows 10, Windows 8 and Windows 7, and even office suites. All links to useful programs and system images will be provided in the description. 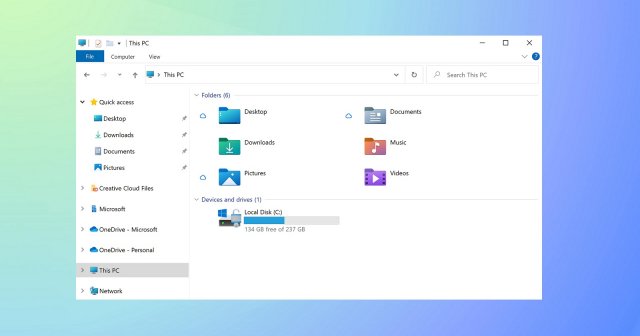 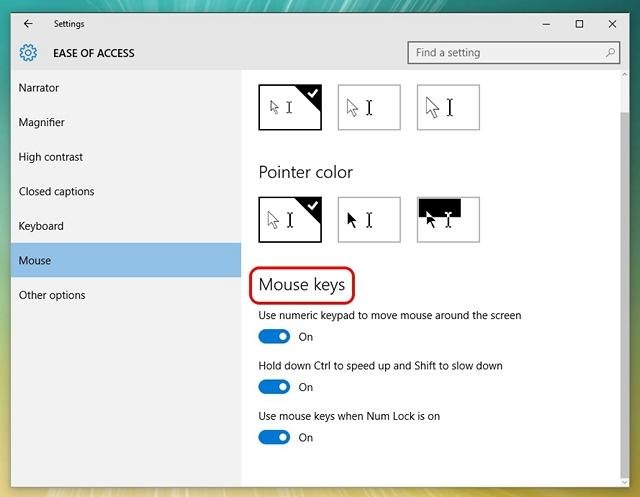 How to control the mouse pointer using the keyboard in Windows 10?

If it's difficult for you to operate the computer mouse or if this standard manipulator is not at hand at all, you can use the…read more →